Although this species is generally reported to be in waters at depths of 15 to 60 feet, all of these pictures were taken in less than 5 feet of water. Some were as close to the surface as 1.5 feet. These Zoanthids have a symbiotic relationship with certain sponges. The sponge Zoanthid seems to prefer the more "porous" type sponges, which makes sense because the porous nature of the sponge's body provides comfortable living space for the Zoanthids. I've found them most commonly on the Lavender Rope Sponge, which itself is generally reported to be at depths of 40 feet. Zoanthids are kind of like coral polyps but without the stony skeleton, and they are kind of like sea anemones but aren't individuals. The Zoanthid buds share nutrients and a nerve impulses directly through their membranous mats.  I've found them both in sunny  spots where there is wave action, and also in recesses/cave areas where it is dark and fairly calm water movement. 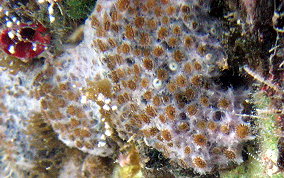 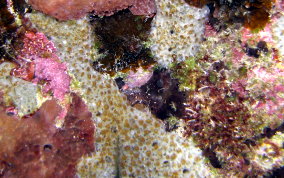 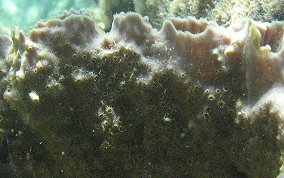 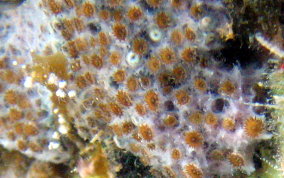 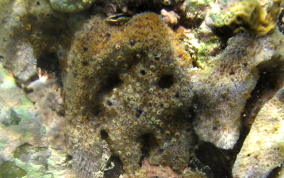 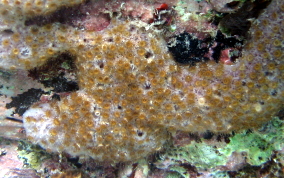 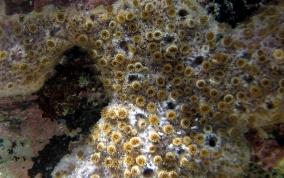 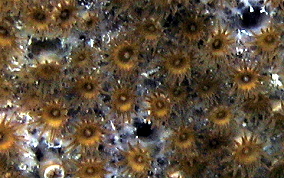 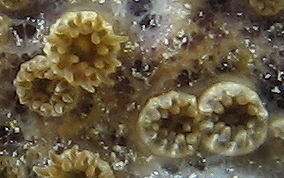 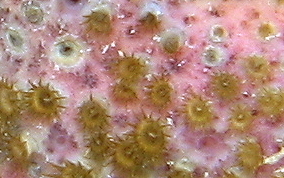