Comb Jellies are not real Jellyfish. Jellyfish are the Phylum Cnidarian which they share with hydroids and anemones, all of which have stinging tentacles. Comb Jellies are generally no more than an inch or two in diameter and have no more than two sticky filaments. They travel the open oceans near the surface.   Unlike jellyfish that pulsate water to gain movement, the comb jelly's eight rows of little "hairs" are used to beat the water to co-ordinate with wave action to move themselves along. Comb jellies are very fragile, up to 96% water, but voracious predators of other jellies.  As they swim, the comb rows diffract light to produce a neon, rainbow effect. These jellies are bio-luminescent . When disturbed, they produce a blues green glow. The most commonly seen are the Sea Walnuts. The Flattened Helmet Jelly was spotted in the mangroves. Often masses of these jellies are found floating near the surface of the water. Most are about 1 inch in diameter. 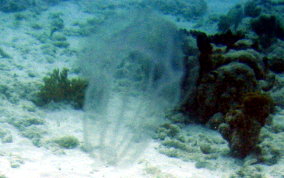 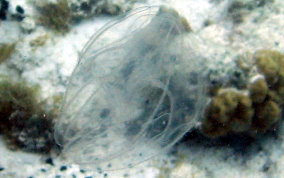 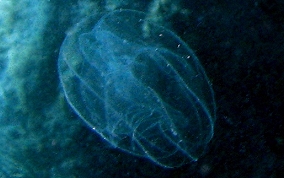 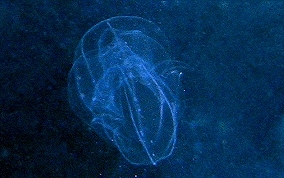 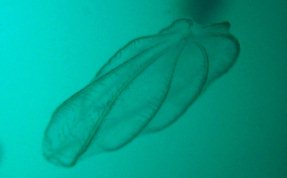 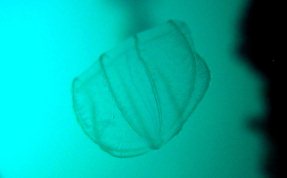 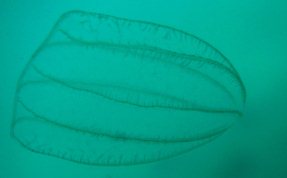 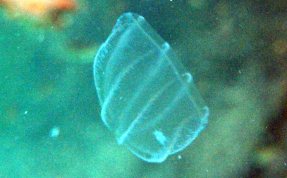 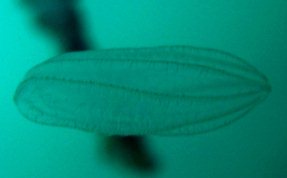 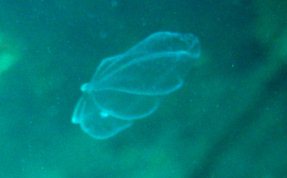 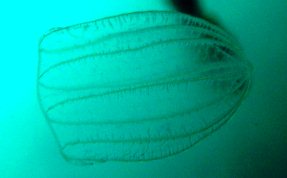 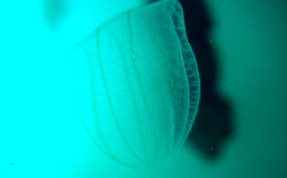