The Five-Toothed Sea Cucumber is one of about 1,300 known sea cucumber species. Like their cousins the Sea Stars, they are found from the poles to the tropics, from deep ocean trenches to our shallow bays. Sea Cucumber Species vary in size from the small Grub Sea Cucumber, at just an inch long, to those reaching six and a half  feet long. They have been around for 250-350 million years.  They can breed asexually.

Did you know? There is a three to six inch long, knife shaped fish with a transparent body called a Pearlfish that forages in sea grass beds and sandy areas at night, then enters the anus of sea cucumbers and hides in their stomachs during the day. 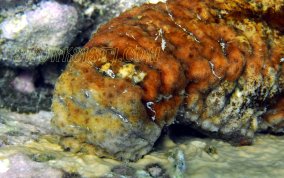 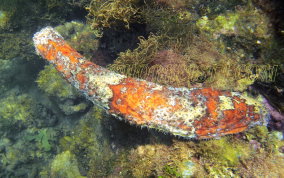 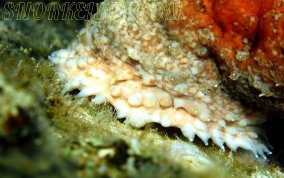 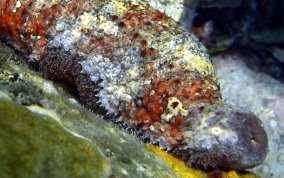 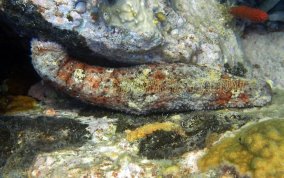 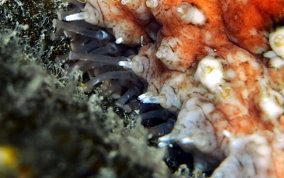 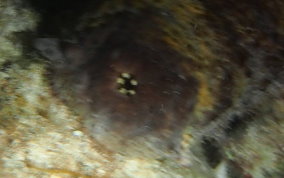 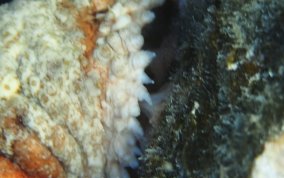 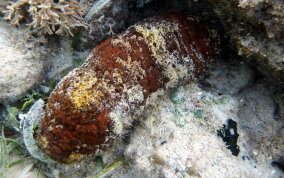