In deep water these Giant Barrel Sponges can grow large enough for a man to fit inside. (a practice strongly discouraged). According to (McMurray et al. 2008) some of the our Caribbean Giant Barrel Sponges are over 2,000 years old. This makes them one of the longest lived organisms on the planet and have been nick-named the "Redwood of the Reef". Large sponges are facing a threat called �sponge orange band� (SOB) (Cowart et al. 2006) a process that results in the death of the sponge. Large outbreaks have occurred, most noticed in the large sponges. Sponges filter massive amounts of sea water and play a vital role in keeping the ocean clean. 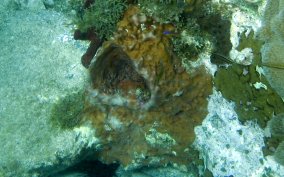 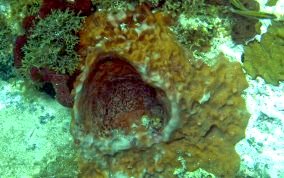 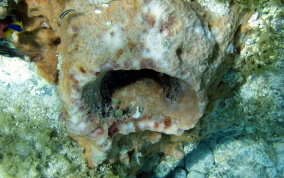 Looks like a sea turtle's been eating this sponge. 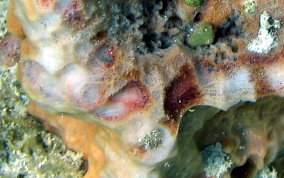 The markings of a Hawksbill Turtle's beak. 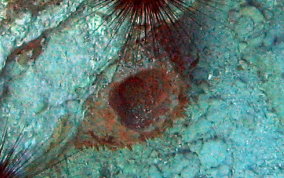 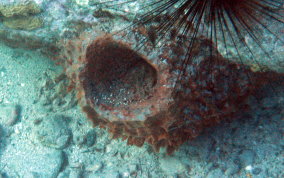 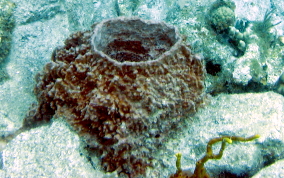 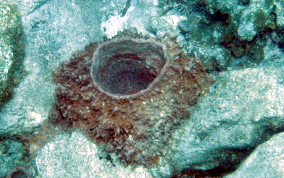 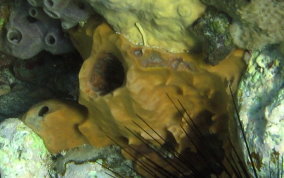 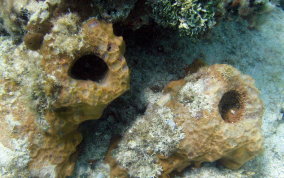