The Giant Brain Coral is actually the same species as the Boulder Brain Coral. The difference is what's known as "closed valleys" . The Giant brain Coral was previously classified separately, as C. breviserialis, but is now synonymous with the C. natans. These brain corals are believed to live for as long as 200 years, but at the same time are found to be susceptible to more coral diseases than most other corals in its habitat.  Along with plankton caught from the water stream by the coral polyp's tentacles, the boulder brain corals share their structures with an algae that, through photosynthesis, grows and provides an additional nutrients for the coral. Since sunlight is required for photosynthesis, the fastest growing corals live at or very near the surface. Brain corals are a major contributor to the reef building process.  The ridges are a generally brown in color and the valley can be white/grey, green or tan. They can grow to over 4 feet in diameter. 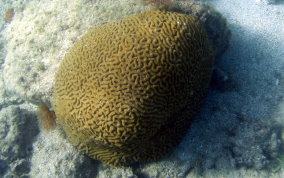 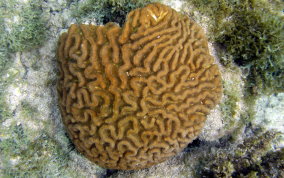 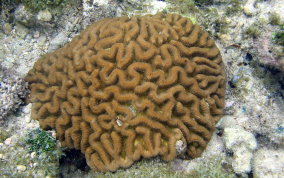 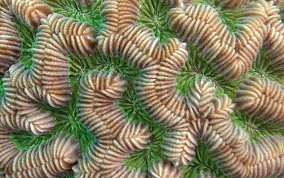 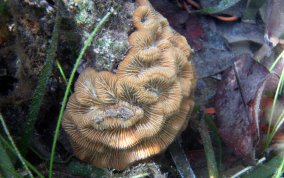 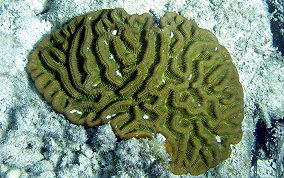 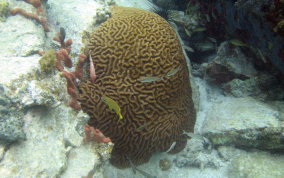 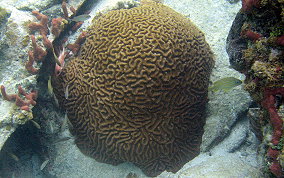 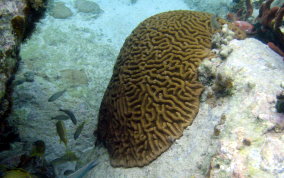 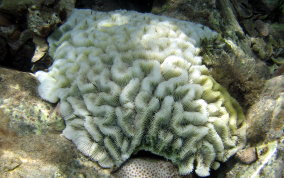 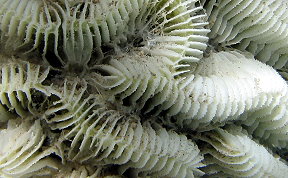 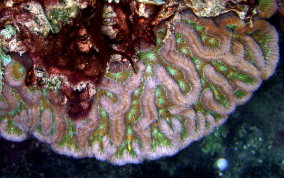 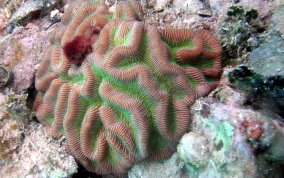 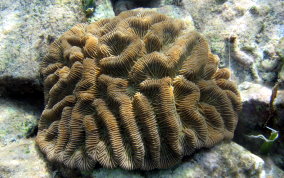 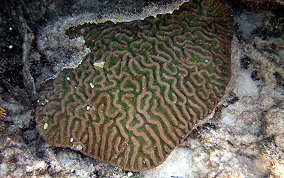 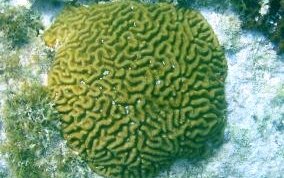 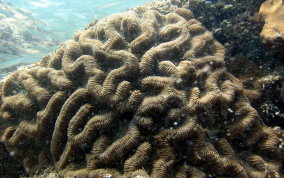 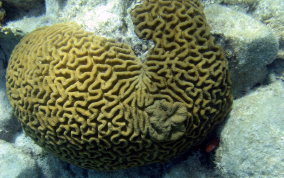 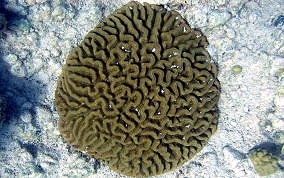 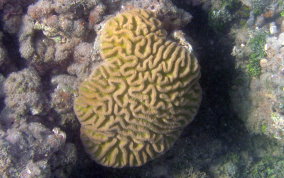 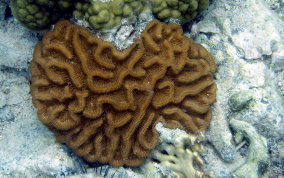 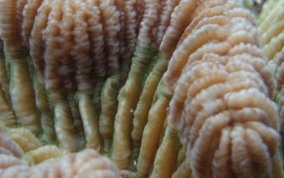 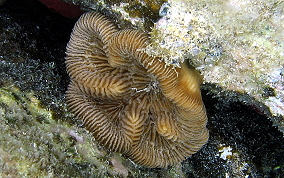 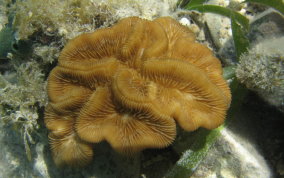