Lithopoma phoebium, common name the longspine star shell, is a species of medium-sized sea snail, a marine gastropod mollusk in the family Turbinidae, the turban snails. (Wikipedia) Rather than a shell that has a vertical spiral with knobs and raised vertical ridges, the Longspine has a flat circular shell with long spines, the operculum is white. Like other snails they have two sensory antennae and two eyes on short stalks. This species is found intertidal and offshore coral reefs and cienaga facies, particularly in algae, boulder, coral and muddy habitats (Ref. 83934). Also on seagrass (Ref. 109264). Members of the order Patellogastropoda are mostly gonochoric and broadcast spawners. Life cycle: Embryos develop into planktonic trocophore larvae and later into juvenile veligers before becoming fully grown adults (Ref. 833).  Often encrusted with other organisms, like Coralline Algae.( sealifebase.org) 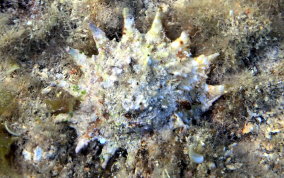 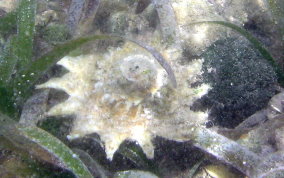 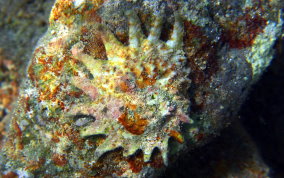 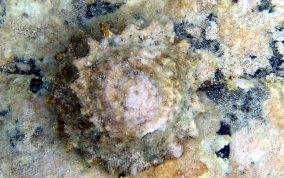 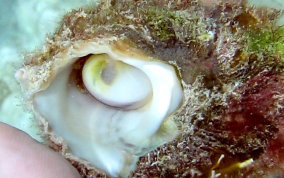 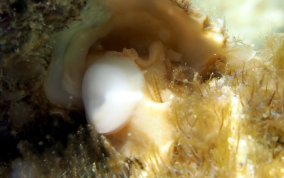 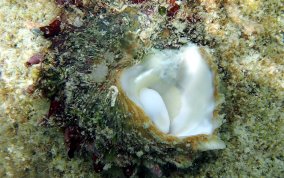 Help keep this site advertisement free by making a donation through PayPal. If you have found this site useful, please consider lending your support to it's continuation. As an incentive, ten percent of all donations will go to the No Lionfish STJ organization to purchase spears, markers and other organizational needs. I would appreciate your support.