This blenny is most often mis-identified as a Hairy Blenny. The mimic is smaller in size however. They may also be confused with the Palehead Blenny or the Puffcheek Blenny. They have the large gill cover spot like the Hairy Blenny, but can darken or pale it so it is almost unperceivable. Their noses are shorter than the Hairy Blenny. Their eyes are a good indicator. The Mimic has the google eyes, with defined red and yellow lines in the iris. 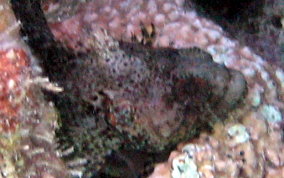 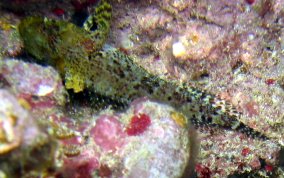 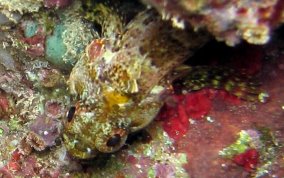 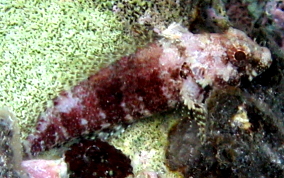 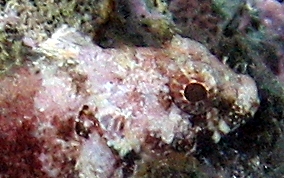 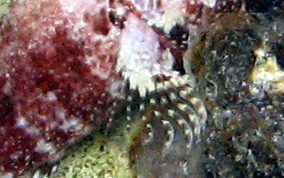 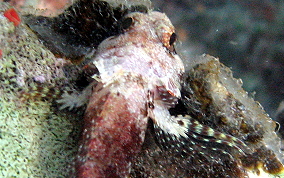 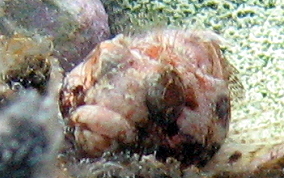 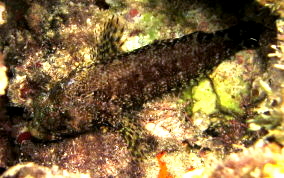 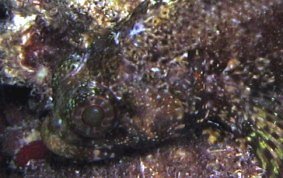 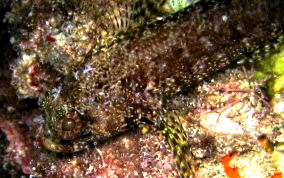 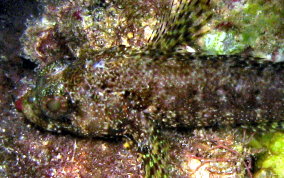 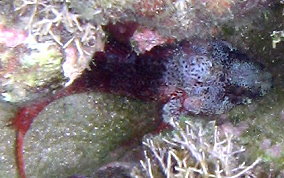 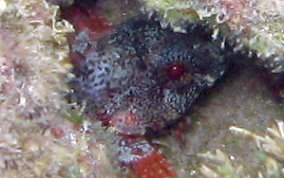 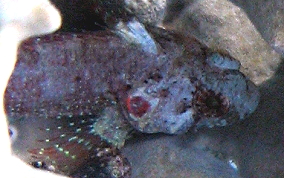 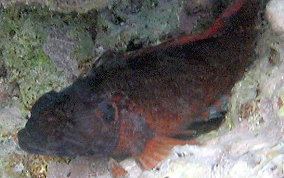 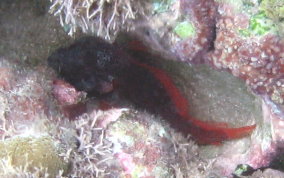