Members of the segmented worm family which includes earth worms, bristle worms and tube worms to mention a few. (over 10,000 species).

The first  specimens, photographed swimming night, were easily a foot long. Their undulating body motion is due to a tail first movement that moves forward up the body which is unlike snakes and eels whose movement begins at the head and moves backward toward the tail. They are predatory and feed on other worms and  tiny invertebrates. Swimmers are known as 'errant'.

The second worm was found living among algae on a mangrove root. The are more similar to a bristle worm with the sharp bristles in each side of each body segment. 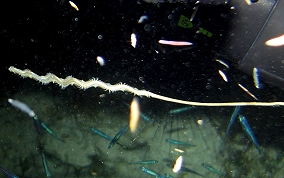 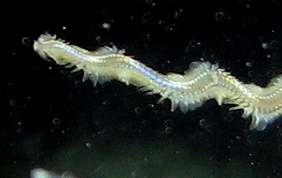 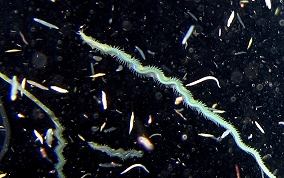 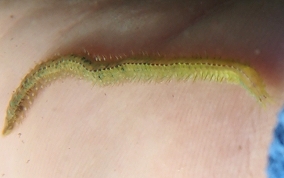 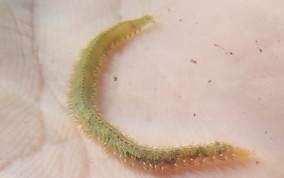 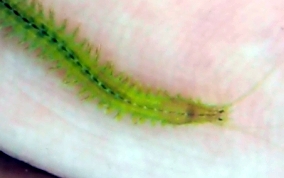