Also also known as the lime urchin, black sea urchin or the long-spined sea urchin.There actually seems to me to be long spine sea urchins and medium spined sea urchins. See pics 4 & 5. Some seem to have more but shorter spines others fewer, but longer spines .  They are sensitive to their surroundings. Pass your hand over them between them and the sunlight and watch their reaction.  Sometimes they will point their spines up...as two are doing in picture 9. Sea Urchins are eaten in some parts of the world including their gonads and roe.  One of the most disliked, ignored and avoided creatures in our sea is the long spine sea urchin. Taking a closer look at this important member of the reef community reveals a marvelous example of nature's engineering. The next time you find an urchin in shallow water, take the opportunity to learn more. When you pass your hand past the urchin, they will follow your hand with their spines. That is because this species has eye spots (not all urchins do). Try to position yourself so the sun shines on the urchin and you can see the five plates that make up the endoskeleton and the spine's base structure. Without urchins there would be no coral reefs. Urchins of all species are grazers that clean solid substrates of algae so new coral polyps, especially stony corals like brain and elkhorn, have a clean surface to adhere to and grow. In 1983, these urchins underwent a mass die-off, with more than 97% of the urchins dying. As a result, Caribbean reefs have been overgrown by algae which has an overall negative effect on coral reef health and resistance to other stress factors. There are still areas here on St. John that could benefit from urchin research and relocation. Places like Maho, Chocolate Hole, and Francis Bay have serious algae problems. Read more about what other places have been doing to restore healthy urchin populations. 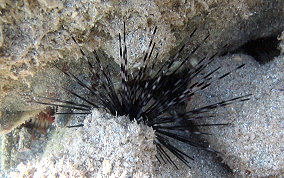 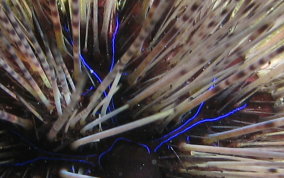 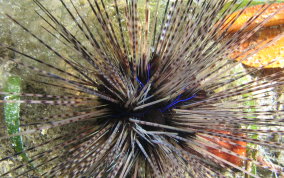 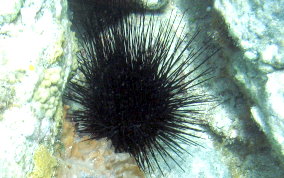 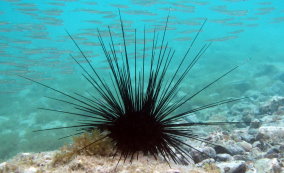 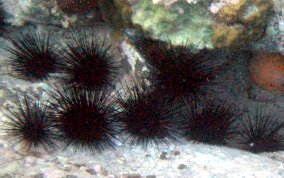 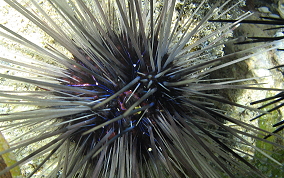 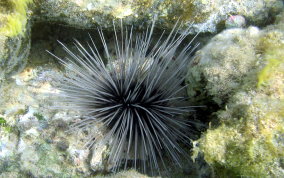 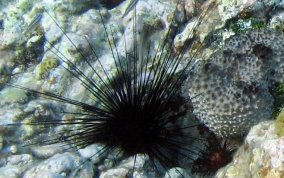 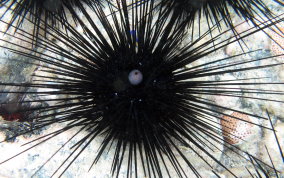