Almaco Jacks look like a cross between a Gray Snapper and a Bar Jack because of the grey eye strip like the snapper and body shape of the Bar Jack. The fins are the distinguishing difference. The dorsal fin of the Amalco Jack has the longer 'hook' shaped front dorsal fin and ventral fin. They also grow to be 1/3 larger than either the snapper or the Bar Jack. Rarely seen in shallow water. Prefer open deep water. Not to be confused with the Greater Amberjack, which also has the grey eye strip, but has a shorter front dorsal fin, and a more elongated body and may have a yellowish diffused strip on the side of the body. 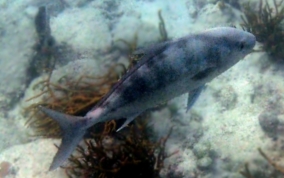 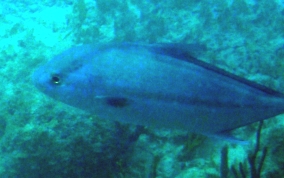 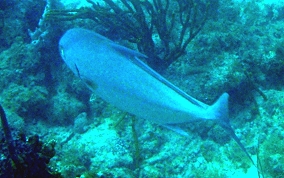