The Hawksbill Turtle is an endangered Species.  Thanks to the Marine National Park Waters around the island, Hawksbill Turtles are a fairly common sight.  You will often times see them feeding on sponges, even the toxic "Touch-me-not Sponge".  Hawksbill Turtles have a square of four plates between their eyes and green turtles only have two plates between their eyes. Another distinguishing feature is the Hawksbill's shell has serrated edges on the rear shell plates.  In several of the pictures you can see the turtle's small "thumb appendage" on the leading edge of their front fin that helps them from slipping on the rocks while they are trying to tear at the sponges. They can weigh as much as 165 lbs. (rarely seen at that size)
ICUN
Status: Critically Endangered A2bd ver 3.1
http://www.iucnredlist.org/details/8005/0
Pop. trend: decreasing

Seen much less often than the Hawksbill Turtle, the Green Sea Turtles I've encountered were very shy. The Green Sea Turtle can grow to 3 times the size of the Hawksbill. Named for the color of their body's fatty tissue, not the color of their shell.
ICUN
Status: Endangered A2bd ver 3.1
http://www.iucnredlist.org/details/4615/0
Pop. trend: decreasing 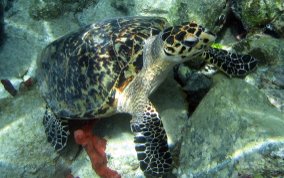 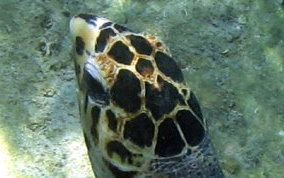 Four plates in the square between the eyes. 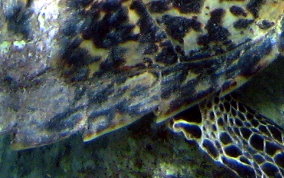 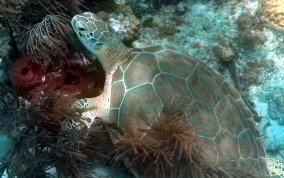 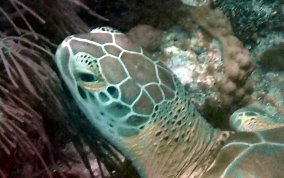 Two plates in the square between the eyes. 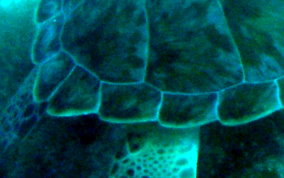 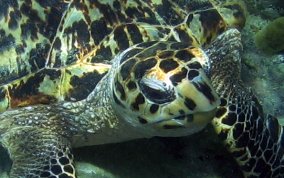 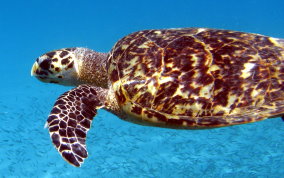 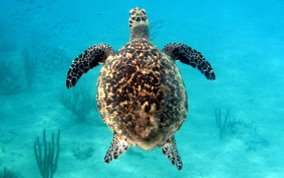 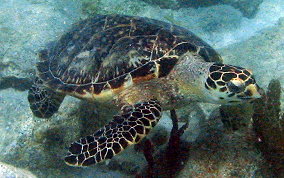 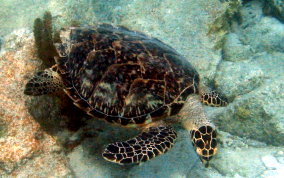 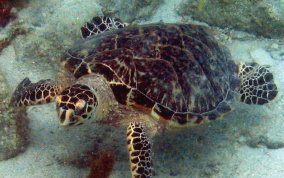 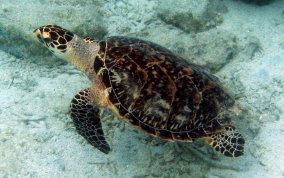 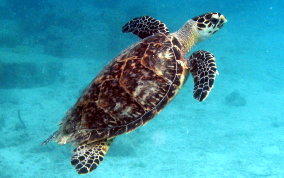 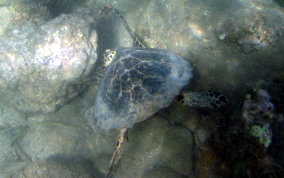 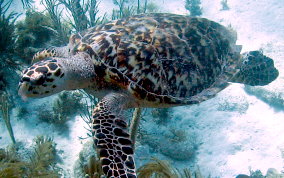 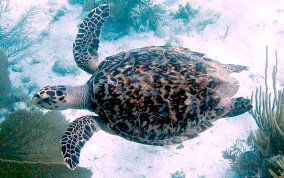 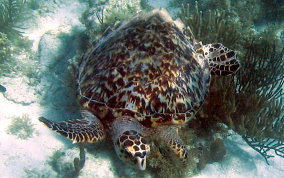 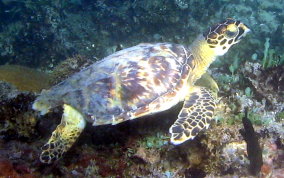 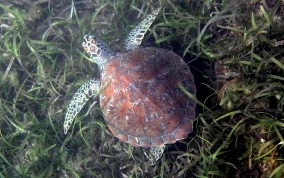 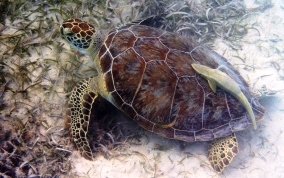 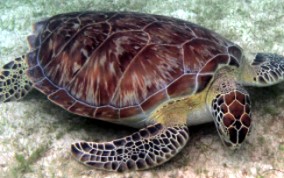 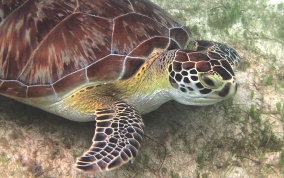 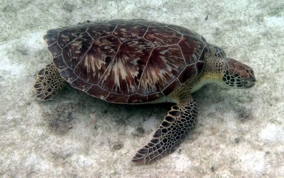 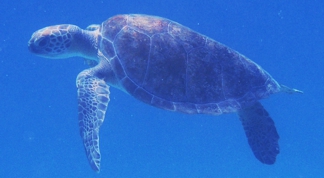 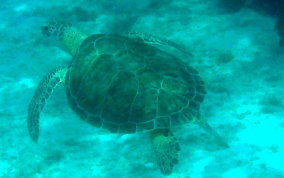 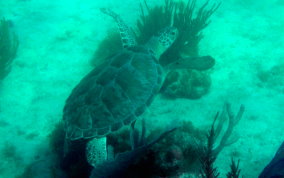 Help keep this site advertisement free by making a donation through PayPal.
If you have found this site useful, educational or fun, please consider lending your support to it's continuation.
As an incentive, ten percent of all donations will go to purchase spears, markers and other lionfish removal needs. I would appreciate your support.