Diseases and Stresses that affect the health and viability of Caribbbean Corals.

Black Band Disease is a cyanobacteria that generally infects the large, reef building, stony corals throughout the Caribbean and Indo-Pacific reefs, as does the White and Red Band diseases. I never saw a case of it until 2012.    Black Band Disease has recently been found in the Great Barrier Reef in Australia.  To read about this and other coral reef diseases:  http://coris.noaa.gov/about/diseases/.  OR help and report sightings at http://coraldisease.org/.
Coral disease has a major impact on Caribbean reefs.  80% of the islands' coral has been lost to stresses and disease in the last 20 years.

Fish are also plagues by an worm infestation called Black Ick. Black Ick, also known as Black Spot or Tang Disease is not a virus or bacteria but a worm. A simplification of the infection is that the flat worm  grows on the fish, matures and then drops eggs to the sea floor. New fish pick it up and the cycle starts again. Read Details Here (external ink). The external page includes treating the infestation in an aquarium situation. In the open ocean there is no way of elimination the organism. 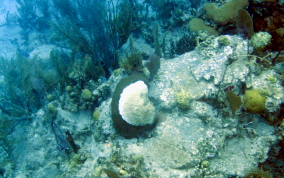 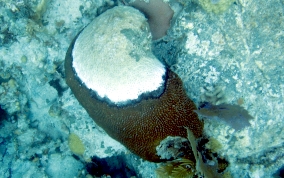 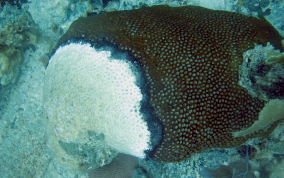 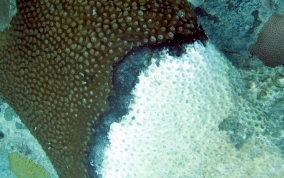 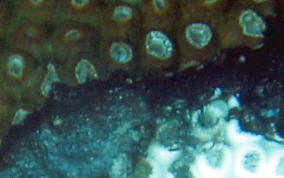 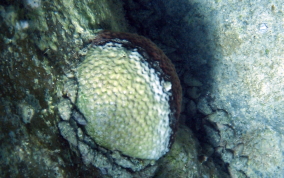 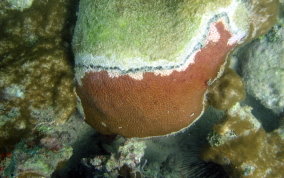 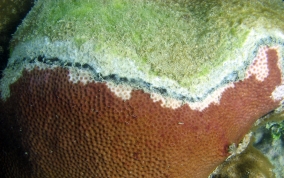 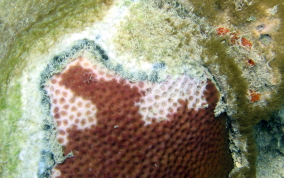 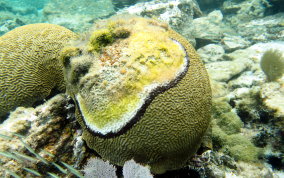 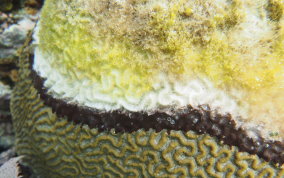 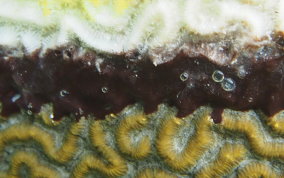 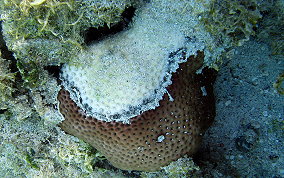 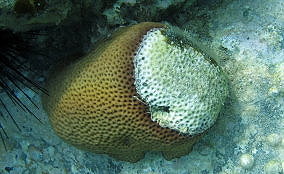 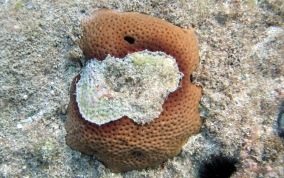 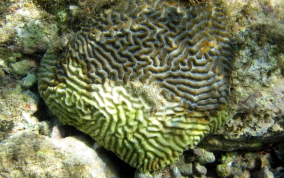 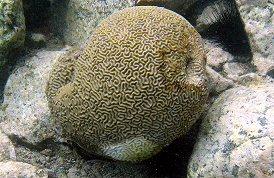 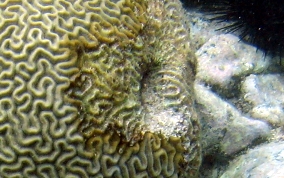 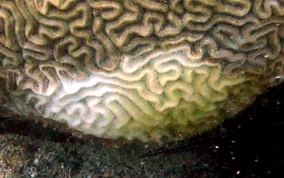 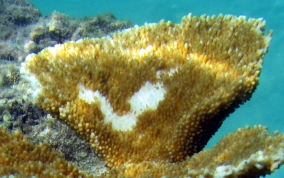 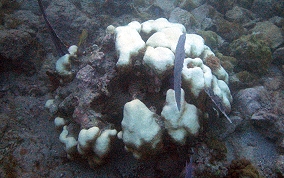 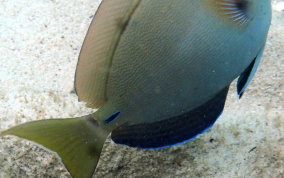 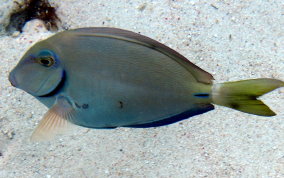 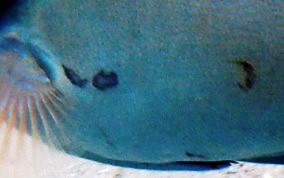