Also known as the Trumpet Snail and the West Indian Triton.  You'll find these Trumpet snails in water as shallow as 3 feet.  Most often under overhangs and in recesses but occasional out in the middle of a sea grass bed hunting for cushion stars or urchins. The last picture shows an Triton attacking and eating a Cushion Star.  Large Tritons are one of the few predators of adult urchins and cushion stars.  I've seen Tritons that measure from just couple inches long to over a foot in length. Their beautiful shells make them an easy target for over-collecting and have become rare in some places. Without these snails, sea stars and urchins can become over populated and cause an imbalance in nature. Giant Hermit Crabs will occupy vacant shells as well. Please leave wildlife in the wild. See my YouTube Video of a large Triton's Trumpet snail. 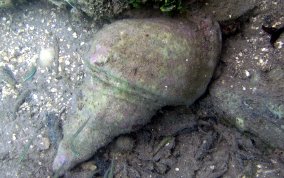 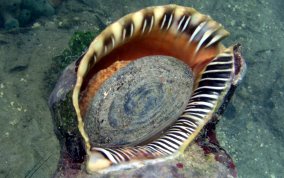 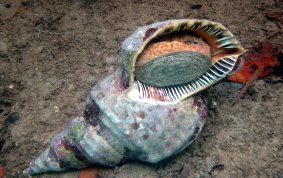 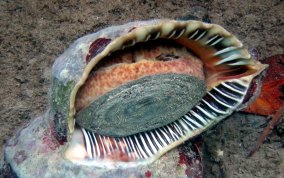 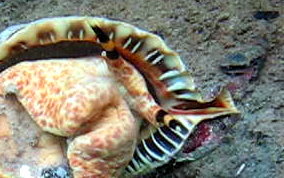 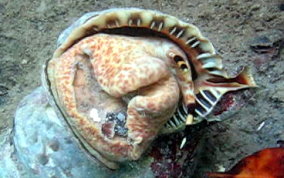 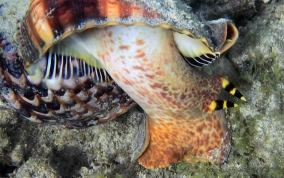 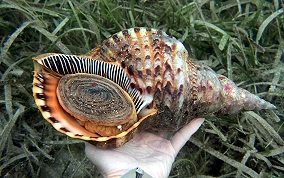 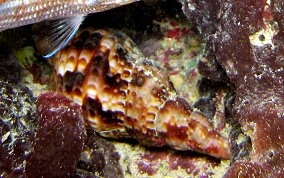 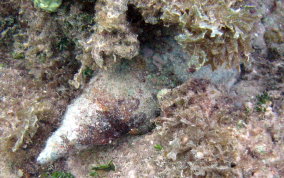 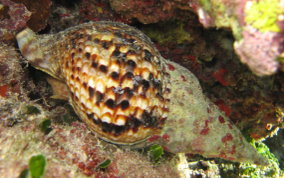 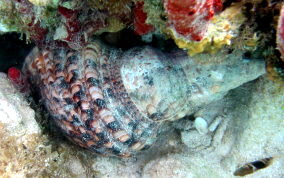 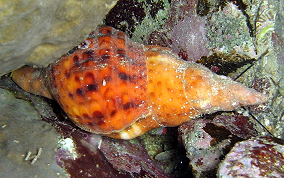