The small (1/2 TO 1' across Blunt arm Sea Star is uncommon to RARE
This specimen was found at Hawksnest back in May 2013.  I have search many times since and have never found another one. They hide quite successfully !

The Cushion Sea Star is the most common sea star seen. They have thick arms and come in a variety of colors, usually a contrasting pattern of yellows, oranges, browns and reds and occasionally green. They have thick short spines covering their upper bodies which are plates of calcium carbonate. Their suction like tube feet, quickly retracted when you pick them up, are much like the appendages of other Echinoderms, like the Sea Urchins and Sea Cucumbers. The number of legs is usually 5, but occasionally you will see one with six legs. There are about 1,500 species of sea stars. Some live in intertidal zones and some live in very deep water. Sea stars do not have a blood system, rather a water vascular system. Sea water is pumped into the body through its sieve plate. Sea Star prey on small mollusks, fish, snails and barnacles. In order to eat their prey, the starfish pries open the bi-valve shell with it's legs, then one of its STOMACHs (they have 2) comes OUT of its MOUTH into the bivalve's shell where it consumes and digests the meal and then slides its stomach back into its body. Go here for more Starfish Facts  (external Link) 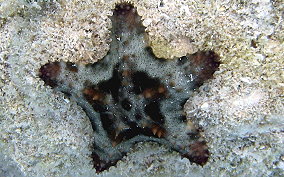 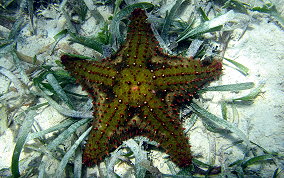 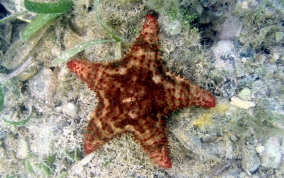 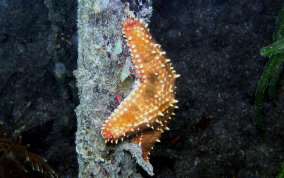 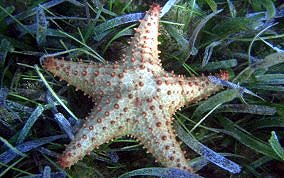 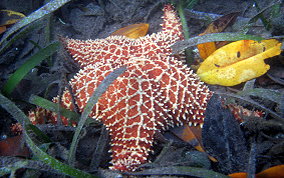 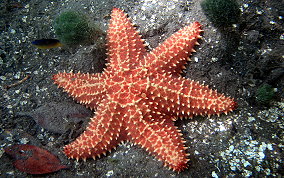 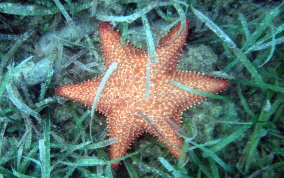 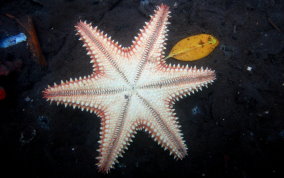 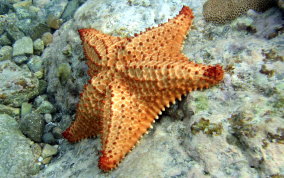 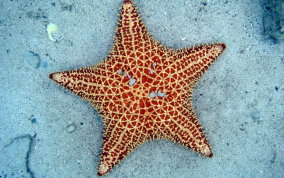 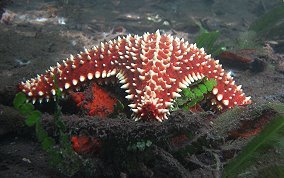 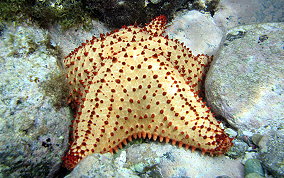 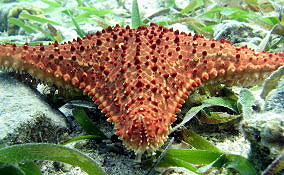 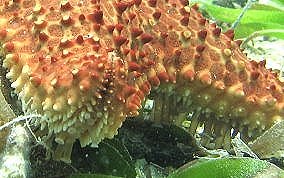 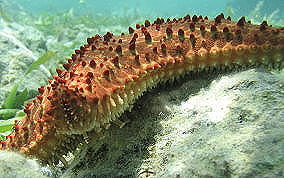 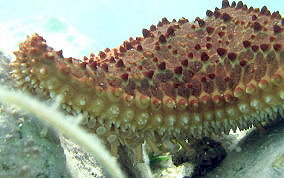 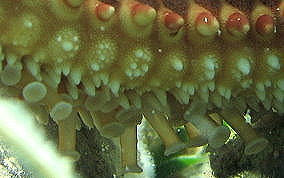 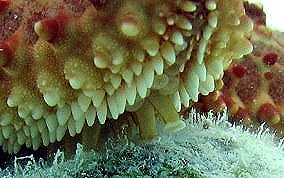 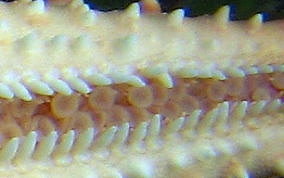 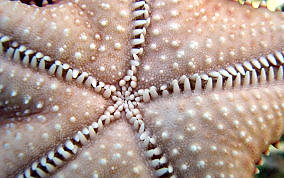 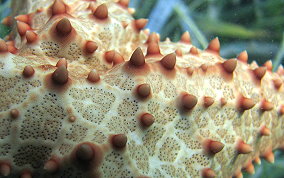 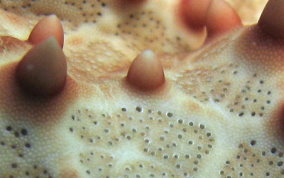 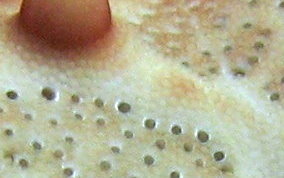