The juvenile looks very much like the French Angelfish Juvenile. The big difference is the tail. The Gray Angelfish's tail is squared off at the end and is CLEAR. the French Angelfish's tail is rounded at the end and is BORDERED in yellow.  They start off in shallow water as cleaner fish. Their bodies are a sort of arrow shape. As they mature, their bodies become much round and the bars start to fade. By adulthood their bodies are very round shaped, brownish/gray to gray/light gray with white face mask and lips, a straight bluish/white border on their tail and dorsal fins and long streamers on their dorsal and anal fins.  Inhabit shallow water as juveniles and as they age are found in water 10 feet deep or more and are difficult to approach. They always swim off as you get closer overhead. 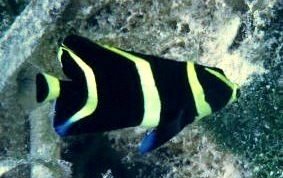 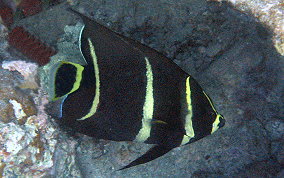 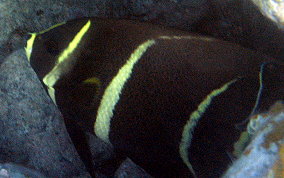 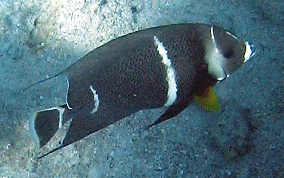 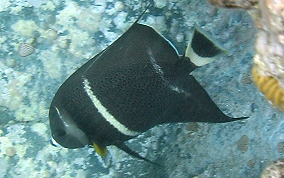 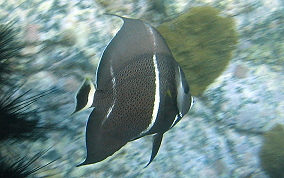 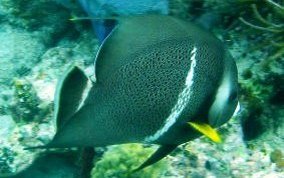 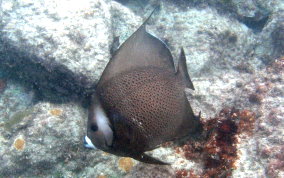 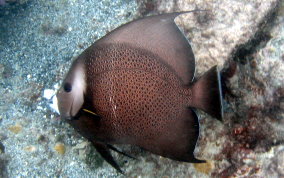 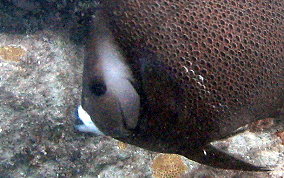 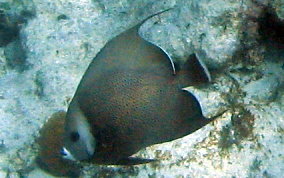 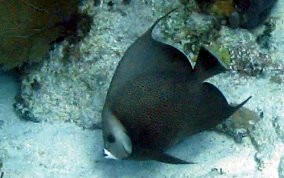 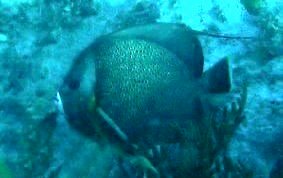 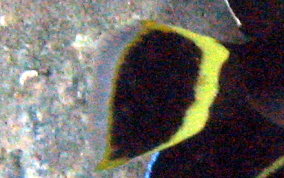 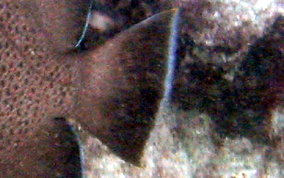