One of the easier cup corals to identify because of the large protrusions, along with smaller ones, on the rim of the cup and they have deep centers. They are not speckled like the Speckled Cup Coral. Most of the Hidden Cup corals I've seem are a redish-brown/pink color. Polyps are often out during the day, maybe because colonies grow in shaded protected areas. They can be found in shallow 2+ feet deep. Look under rocks/ledges overhangs, recessed areas and deep in the mangroves. They are also one of the larger cup corals. (1/2 inch in diameter) The colonies grow in small groups of individuals that are connected at the base. Unlike other corals, that have a symbiotic relationship with dinoflagellatess upon which they supplement their food, the Hidden Cup corals rely solely on food that they capture with their tentacles from the water stream. 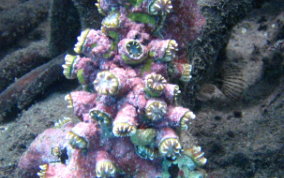 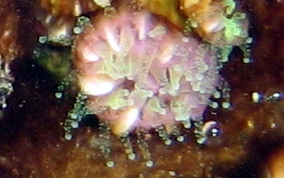 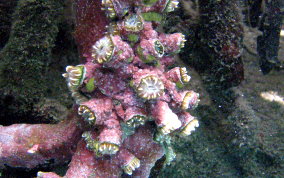 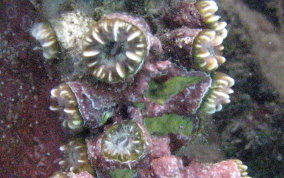 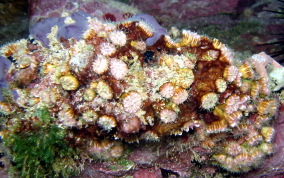 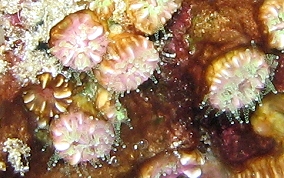 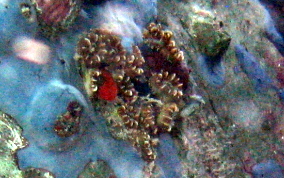 If you have found this site useful, educational or fun, please consider lending your support to it's continuation.
As an incentive, ten percent of all donations will go to purchase spears, markers and other lionfish removal needs. I would appreciate your support.
Help keep this site advertisement free by making a donation through PayPal