Classified as a NEAR THREATENED SPECIES: A victim of Asia's demand for Shark fin Soup.  Sharks caught for their fins are brought on board, have all their fins and tails cut off while still alive and then thrown back into the water to die a slow and agonizing death.  A report out this year found that 100 million sharks are killed each year and many species are threatened due to overfishing. After a vote by conservationists last month, (March 2013) the international trade of five different sharks is set to be regulated under the Convention on International Trade in Endangered Species of Wild Fauna and Flora (CITES). The species that will get new protections are heavily targeted by the shark-finning industry.
Although reported as being uncommon to rare in the Caribbean Islands, as you see I've encountered several. It could be the same shark I'm seeing over and over again. It's hard to say. Francis Bay and Haulover north side is where I've observed them on several occasions. Always cruising along the shorelines at a depth of 3-6 feet. Long, stocky build, most common color yellowish brown or olive, pale belly. A quick ID is the two dorsal fins are nearly the same size, the front being slightly larger. They can reach over 12 feet in length. Only ten un-provoked bites by Lemon Sharks have ever been reported and there has never been a fatal attack by a Lemon Shark.  Shark babies are called "Pups". For More information Go Here..(external link) 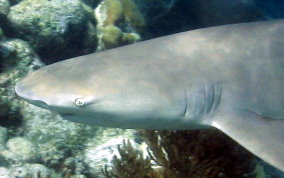 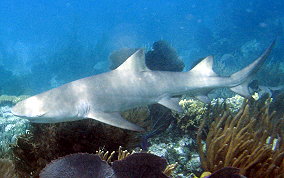 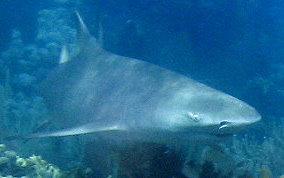 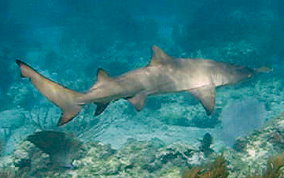 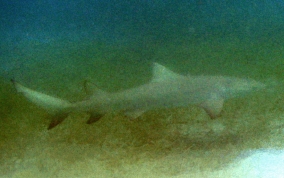 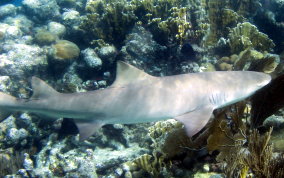 Please Consider Supporting this Site. If you have found this site useful, please consider lending your support to it's continuation.
I would appreciate your support.