Sharksuckers (Echeneis naucrates) are a member of the Remora family of fishes. Unlike the species known as a Remora, (Remora remora) which has no distinguishing markings except for some speckling, the Sharksucker has a much more elongated body, and juveniles have a black mid-body stripe bordered by white that diminishes to just the head area as the fish matures. Remoras tend to prefer manta Rays and Sharks whereas the Sharksucker will also attach to large fish and sea turtles. They do not just attach to the host in a permanent place, they scoot around the host's body quite easily. The suction disc on their head is an extremely modified fore-dorsal fin. So, yes, in the pictures with the Sharksuckers on top of the turtle's shell you are looking at the Sharksucker's belly. Sharksuckers and Remoras are not really parasites in the true sense of the word, because they do not feed on the host. (Like fleas and ticks that-suck blood) Rather, they eat ectoparasites, (parasites that live on the outside/skin of the host) like isopods and flatworms, and they also take advantage of the host's meal leftovers.
Along with the turtle pictures, I included a few pictures of a juvenile Sharksucker on a Stoplight Parrotfish.(Never saw it before or since). The Sharksuckers are difficult to take pictures of because as soon as you get close, they scoot around to the other side of the host to remain out of sight. They will attach themselves to sharks, rays, turtles and even boats. Don't be surprised if you happened to be approached too! If you do get attached, just grab the tail and peel the fish off toward his head. 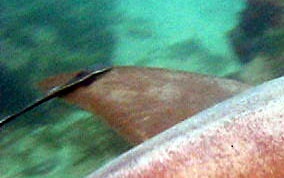 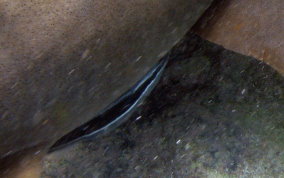 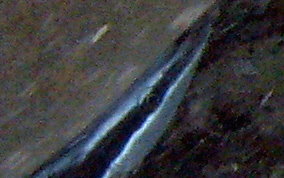 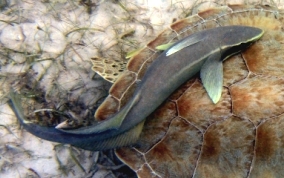 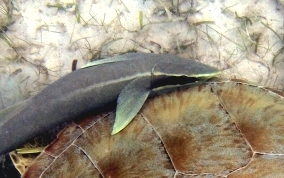 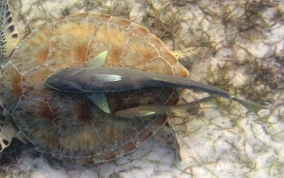 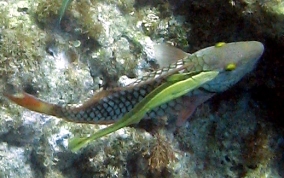 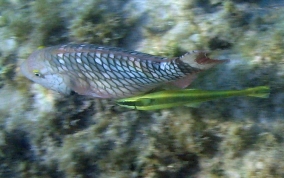 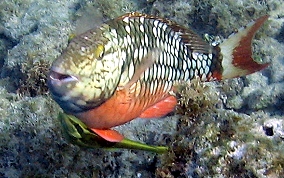 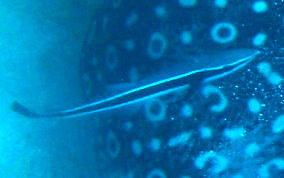 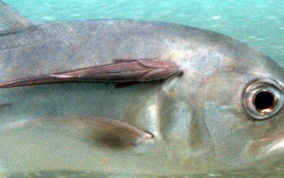 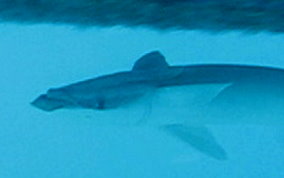 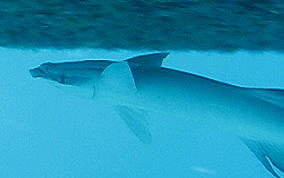 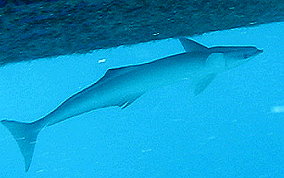 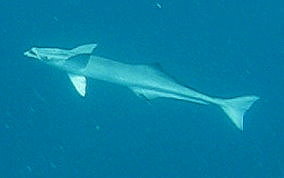 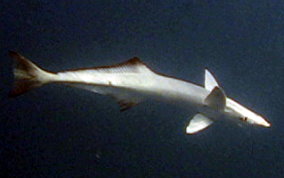 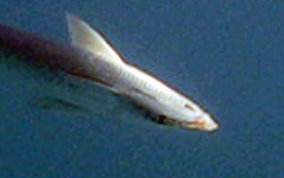 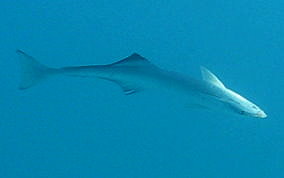 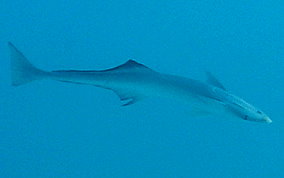 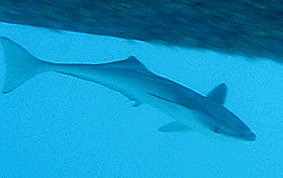 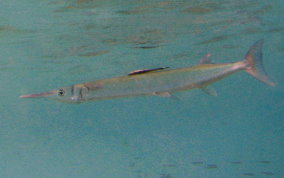