The spiny Sea Fan doesn't look like the other Sea Fans, it looks more like a sea rod. At close range you can see why it's called spiny. Short and branching in a plane, the Spiny Sea Rod grows in shallow as well as 60 foot depths. They are always a golden hay color. The first picture is not the typical Spiny Sea Fan appearance. This could be either the Spiny Sea Fan, but is a bit taller than the norm, or it could be an Open Spiny Sea Fan, which is uncommon in this region. Microscopic examination would be required. Usual height is just about a foot tall,. 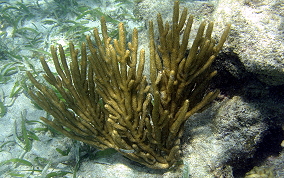 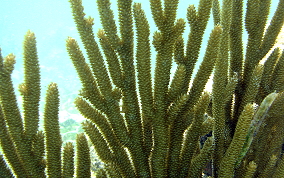 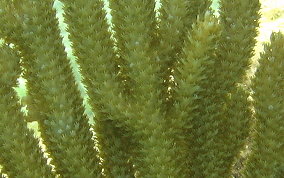 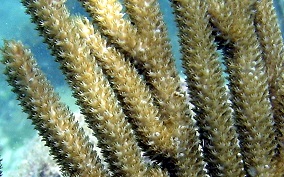 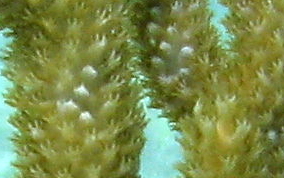 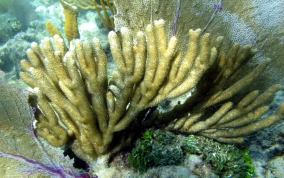 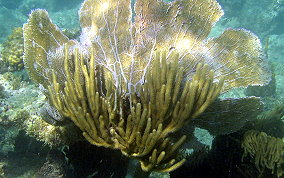 Help keep this site advertisement free by making a donation through PayPal.
If you have found this site useful, educational or fun, please consider lending your support to it's continuation.
As an incentive, ten percent of all donations will go to the No Lionfish STJ organization to purchase spears, markers and other organizational needs. I would appreciate your support.