The Star Snail is also known as Astraea Conehead snail or other combinations of those words. The shell is a vertical spiral with knobs and raised vertical ridges, the operculum is white. Like other snails they have two sensory antennae and two eyes on short stalks. They are taller than they are wide and can grow up to an inch tall. Often encrusted with other organisms, like Coralline Algae. 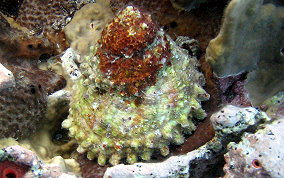 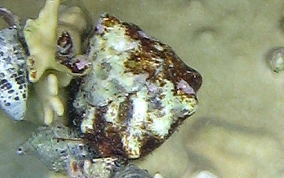 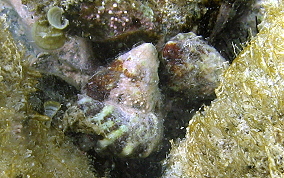 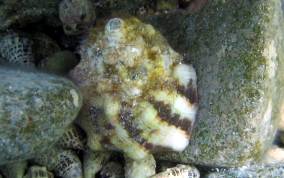 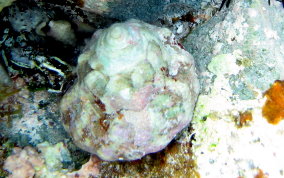 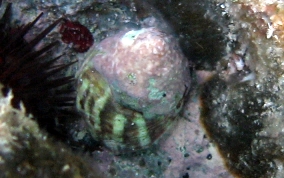