Sea cucumbers are the "earth worms" of the sea. Their role is to process food particles into fodder for bacteria. Sea Cucumbers are not a highly complex animal but they have a unique defense mechanism. They can eject their internal organs out their anus, (as a meal to satisfy a hungry predator) and regenerate them later.
Sea cucumbers could provide a potential new weapon to block transmission of the malaria parasite, a study suggests. Read More..(external link) 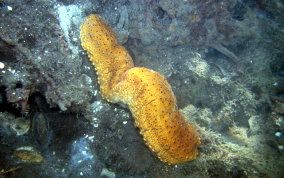 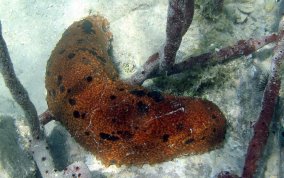 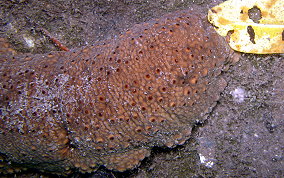 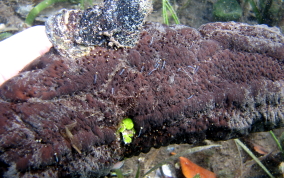 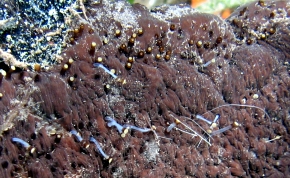 This Sea Cucumber has little "legs", much like their cousins the sea star and the West Indian Sea Egg. 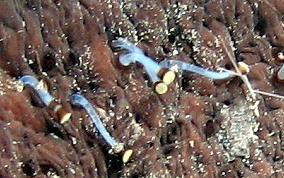 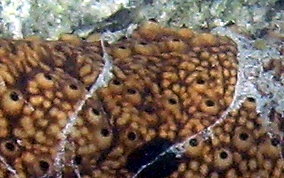 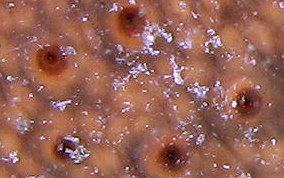 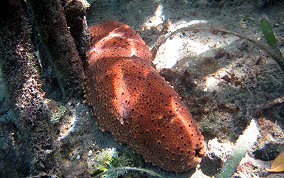 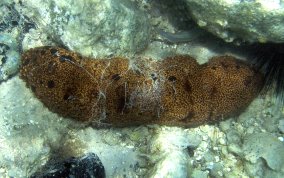 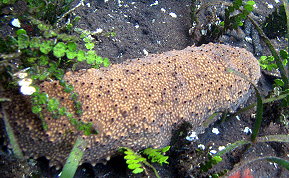 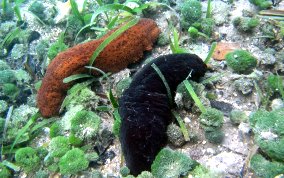 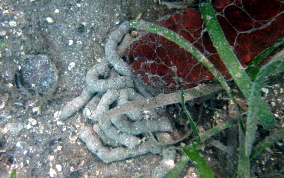 The tell-tail sign a Sea Cucumber has been here.
Echinoderms Main Page  Next species